Why You're About To See More Political Messages About China 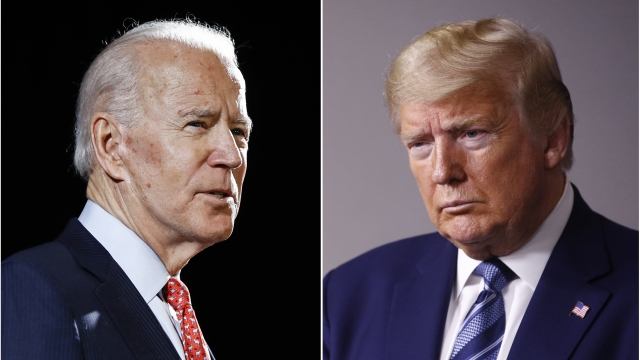 SMS
Why You're About To See More Political Messages About China
By Amber Strong
By Amber Strong
May 1, 2020
According to a recent poll from Pew Research, American attitudes toward China are becoming less favorable.
SHOW TRANSCRIPT

The COVID-19 pandemic and China have quickly become political footballs ahead of the election.

“Biden’s son inked a billion dollar deal with a subsidiary of the bank of China.”

How voters perceive each presidential candidate's relationship with China is shaping up to be a key campaign issue.

According to a recent poll from Pew Research, American attitudes toward China are becoming less favorable.

“Seventy-two percent of Republicans and 62% of Democrats all holding these negative views,” said Kat Devlin, research associate for Pew.

Even though both parties have unfavorable views, it’s for different reasons.

“Democrats and independents who lean Democrat tend to be more concerned about the environment and China's impact on it. Republicans tend to voice more concern when it comes to issues of trade and the economy and things like that,” Devlin said.

The poll numbers are from March, before the full impact of the pandemic began to manifest. But researchers say Americans were already growing uneasy with the Chinese government.

According to a new Harris poll, the coronavirus pandemic isn’t helping, with only 23% of Americans saying President Xi Jinping is a trustworthy source of information related to the COVID-19 outbreak.

President Trump is promising repercussions against China for the pandemic.

But an ad from the Biden campaign accuses the president of flattering China in the early days of the outbreak.

A DNC spokesperson told Newsy the president’s trade deal with China and response to the pandemic will "absolutely" be a part of upcoming messaging.

The RNC and the Trump campaign are pushing back by touting the president’s record on China.

“So when you look at the record, and what President Trump has accomplished by holding China accountable and what he will continue to do, you see Secretary of State Pompeo taking a very tough stance on China,” said Elizabeth Harrington, spokesperson for the Republican National Committee.

A Trump campaign spokesperson confirmed to Newsy they plan to launch a seven-figure ad campaign starting Sunday focused on the president’s response to the pandemic.