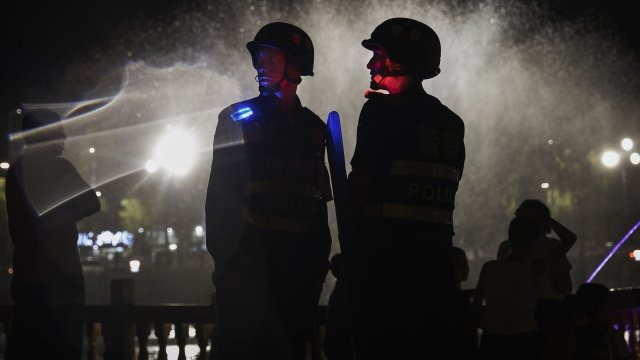 China has admitted that one of its western regions has set up so-called "re-education camps" for an ethnic minority largely considered to be extremists.

Last week, Xinjiang — a region in western China — changed a local law to allow what it calls "vocational education and training centers" in order to carry out an "educational transformation of those affected by extremism."

China has received mounting criticism over crackdowns on Uighurs — an ethnic minority who are mostly Muslim. China says it's responding to extremist attacks and violence.

People who are put into the re-education camps are reportedly held for long periods of time without criminal charges. Abuse, torture and even death are reportedly commonplace.

A Xinjiang government spokesman told Xinhua news agency that the camps are for people who committed "minor offenses when involved in terrorist or extremist activities." He also said the camps provide training for jobs, free meals, air conditioned living spaces and access to computers.

People who have been detained in the camps have compared them to prisons.