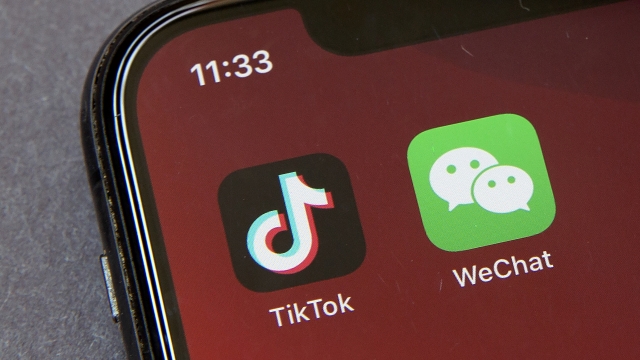 China is accusing the U.S. of bullying. And now it's threatening retaliation, as the Trump administration moves to ban Chinese-owned TikTok and WeChat from U.S. app stores on Sunday.

The Trump administration said Friday it'd be removing the two apps due to national security concerns, which escalated a fight with Beijing over digital technology.

The Chinese Ministry of Commerce said Saturday, "China urges the US to abandon bullying, cease wrongful actions and earnestly maintain fair and transparent international rules and order. If the US insists on going its own way, China will take necessary measures to resolutely safeguard the legitimate rights and interests of Chinese companies."

And it looks like they're already on the path to do so. On Saturday, Beijing moved to create a blacklist of foreign companies seen as threatening its national security or acting against Chinese business interests. It's short on details and names so far, but it adds to tensions between Beijing and Washington that have heightened in recent months.

Besides the apps, the Trump administration has barred dozens of Chinese companies, like Huawei, from buying U.S. products, calling them unreliable entities.

As for the two apps, there's still a chance TikTok can secure a partnership with a U.S. company under the president's mandate before its November 12 deadline. But WeChat is due to become unusable for U.S. consumers by Sunday.