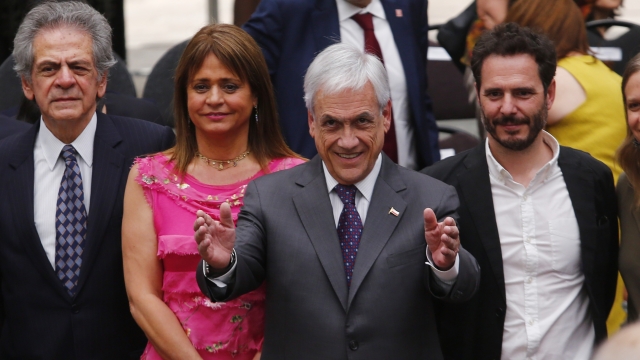 SMS
Chile's President Signs Law For Vote On New Constitution
By Ahmed Jawadi
By Ahmed Jawadi
December 23, 2019
​The law will allow for a public vote to be held next April on whether to change Chile's constitution.
SHOW TRANSCRIPT

Chilean President Sebastián Piñera has agreed to allow a referendum on a new constitution.

Piñera signed the law, which was approved by Congress last week, during a public ceremony on Monday. The law will allow for a public vote to be held next April on whether to change Chile's constitution, a key demand of protesters in the country.

What began as protests against a public transit fare hike earlier this year soon grew into a broader uprising by hundreds of thousands of Chileans protesting rampant economic inequality. They say the country's current constitution fails to guarantee proper human and social rights, as well as citizen participation in government.

The president said he hopes the new constitution will "serve to leave behind the violence and divisions that we have seen resurface with pain and sadness during these days."