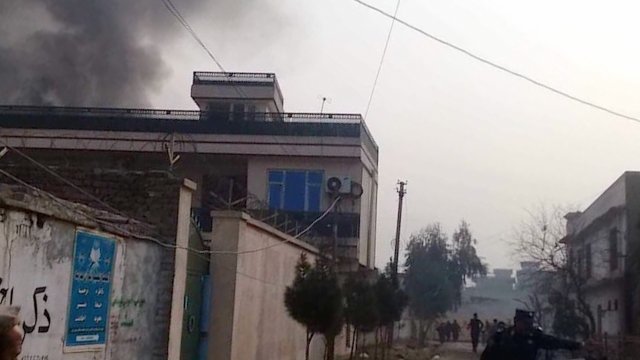 At least five people have died and more than 20 were injured.

A children's aid group is suspending operations in eastern Afghanistan after a deadly attack on one of its locations.

ISIS claimed responsibility for the attack on the Jalalabad office of Save the Children, a British non-governmental organization. Gunmen stormed the building after a car bomb exploded out front. There was an hourslong standoff with security forces.

At least five people reportedly died. That number may rise, as several people were wounded. All five attackers were also reported dead.