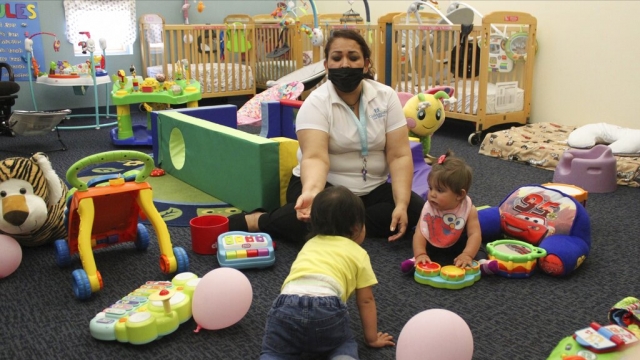 The credit has been around since 1997, but the advance means parents will receive half up front.

Thursday is the day: That's when the IRS says an advance to the child tax credit may be coming to a bank account near you.

"Thank you all. Appreciate it," said President Biden after signing the American Rescue Plan.

The American Rescue Plan, signed back in March increased the annual credit from $2,000 per child to up to $3,600 for some filers.

"You don't have to have any income or any kind of tax liability to have it fully refunded," said Mark Steber, chief tax information officer with Jackson Hewitt Tax Service.

The credit has been around since 1997, but the advance means parents will receive half up front through monthly checks before they file next year's taxes.

"So it's bigger, more people get it. But most importantly, it's coming early this year, not just a tax time," said Steber.

That’s the nuts and bolts of it. But there are still a lot of questions that have some wondering whether they should opt out altogether.

"People who might consider opting out include those for who they know they're not going to get the tax credit. That is to say, their dependent is no longer going to be on their 2021 tax return. They've moved out, they've aged out," said Steber.

Steber tells Newsy parents who think they've made more money in 2021 or who just like getting a bigger refund may consider opting out.  Parents who are divorced also need to plan ahead, as only one parent will receive the payments.

"If you're in a sharing custody situation, you really do need to look at your taxes very closely so you don't misstep, get money, which is really sweet, but then you don't qualify come tax time and you have to pay that money back,” said Steber.

Despite some lingering questions, progressive groups are celebrating a measure years in the making.

“This expansion is going to cut child poverty by 47%, it's estimated. And it's going to start happening this week. So I think this is really hugely exciting and actually very historic," said Seth Hanlon, a senior fellow with the liberal-leaning Center for American Progress.

"It feels like I'm paying a second mortgage for my children to be in child care where $700 a month is just too much, but when you think about the future and the early development of your children, the investment just seems like its mandatory,” said Crowe.

But Americans are torn about the changes. A June poll from Hill-HarrisX shows 53% say they oppose the IRS sending monthly payments through the end of the year. Forty-seven percent support it.

If you are one of the people who do not want the payments, you can opt out online, you can also update your information there, and if you are a non-filers you can sign up to receive your payments online.  You can connect to all of those links via childtaxcredit.gov.