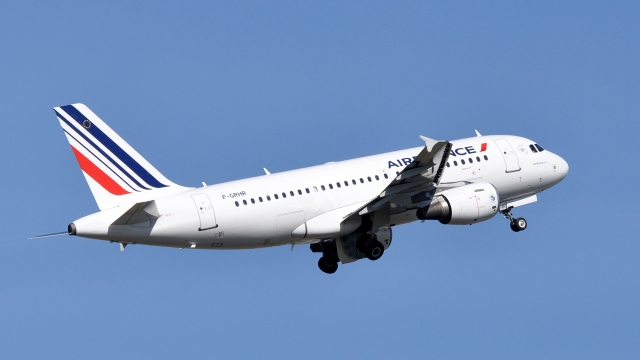 SMS
Child Is Found Inside A Carry-On Bag During An Air France Flight
By Katherine Biek
By Katherine Biek
March 9, 2016
Airline personnel discovered a young child hidden inside a piece of carry-on luggage on a plane flying from Istanbul to Paris.
SHOW TRANSCRIPT

A young child was reportedly discovered inside a piece of carry-on luggage on an Air France flight Monday evening.

A fellow passenger noticed something moving inside the luggage about halfway through the flight from Istanbul to Paris, according to a French media outlet.

The woman who owned the luggage hadn't bought a ticket for the child.

The flight continued on to Charles de Gaulle Airport in France, but airline officials did ask French authorities to be there when the plane landed.

Despite being inside a piece of luggage for several hours, the child was reportedly OK.