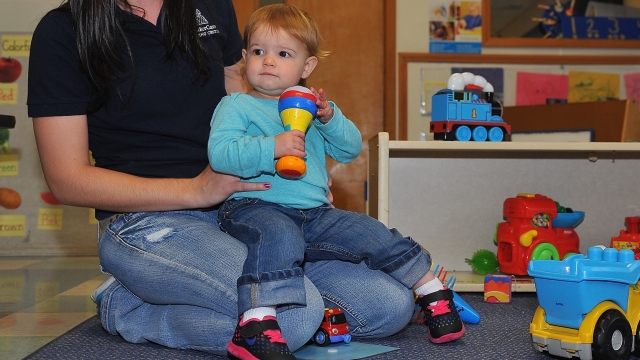 SMS
Child Care Can Cost More Per Year Than College In 33 States
By Ben Lawson
By Ben Lawson
April 12, 2016
The Economic Policy Institute found child care can be pricier than college in several states, including Massachusetts and Florida.
SHOW TRANSCRIPT

It turns out that a year of day care or preschool can be more expensive than a year of college in some parts of the country.

The Economic Policy Institute looked at data for each state. It found 33 states where infant care is more expensive than college.

Massachusetts was one of the most expensive on the list. The annual cost of child care for a 4-year-old is more than $12,000 — or about $2,000 more than average yearly in-state college tuition.

Costs were jarring in Florida, too. Yearly child care cost for a 4-year-old was more than $7,000, which is about $3,000 more than a year of college in the state.

The government defines child care that costs less than 10 percent of a family's yearly income as "affordable." However, the EPI data found child care costs in 40 states wouldn't be deemed affordable under that definition.