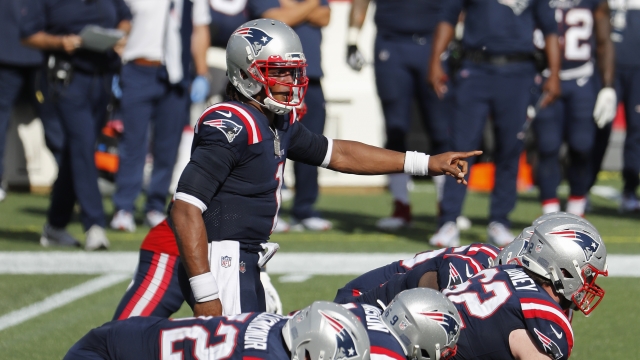 The coronavirus has hit the NFL...again. After players from the Kansas City Chiefs and New England Patriots tested positive, Sunday's game was postponed.

Over the weekend, Cam Newton, starting quarterback of the New England Patriots, tested positive for COVID-19 as well as Jordan Ta’amu, the Chiefs practice squad quarterback. Both players have been following isolation and quarantine protocols.

As of Sunday morning, the NFL said the game would be postponed to either Monday or Tuesday this week.

According to NFL guidelines, players who test positive and are showing symptoms likely miss a minimum of two games.

However, if a player tests positive and is asymptomatic, he can return 10 days after the initial positive test or just five days if he has two consecutive negative tests.

The league had already postponed Sunday's game between the Tennessee Titans and Pittsburgh Steelers again because of additional positive coronavirus tests among the Titans. That game will be be played later in the season.