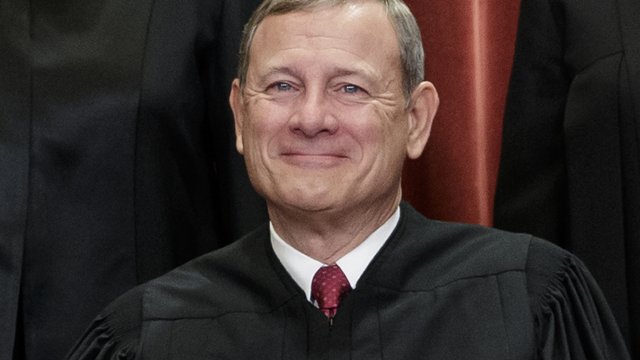 A Supreme Court spokesperson said Roberts suffered a forehead injury when he fell during a walk near his home last month.

A spokesperson for the Supreme Court says Chief Justice John Roberts was hospitalized in June after falling during a walk near his home.

In a statement first reported by The Washington Post, spokesperson Kathy Arberg says Roberts received treatment on June 21 after sustaining an injury to his forehead.

Arberg wrote: "The injury required sutures, and out of an abundance of caution, he stayed in the hospital overnight and was discharged the next morning. His doctors ruled out a seizure. They believe the fall was likely due to light-headedness caused by dehydration."

Roberts, who is 65, has previously had two seizures. The most recent one occurred in 2007.

The incident comes as the Supreme Court prepares to close out the current session with just a handful of cases remaining on the schedule.

The Supreme Court is anticipated to be a key factor for voters in the upcoming presidential election, following recent high-profile rulings on polarizing issues like abortion and immigration.