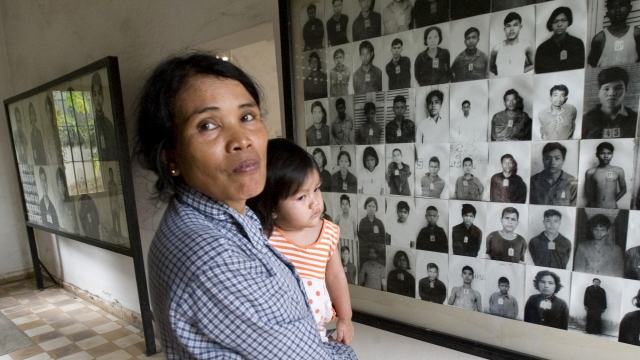 SMS
Chief Jailer Of The Khmer Rouge In Cambodia Dies At 77
By Adam Elrashidi
By Adam Elrashidi
September 2, 2020
The man, known as "Comrade Duch," admitted to overseeing the torture and killings of as many as 16,000 Cambodians.
SHOW TRANSCRIPT

Kaing Guek Eav, the chief jailer of the Khmer Rouge in Cambodia, has died at 77.

The man — known as "Comrade Duch" — served a life sentence for his role in the mass killing of thousands of Cambodians in the late 1970s. Duch later expressed regret for his actions by the time he was tried by a U.N. tribunal in 2009. He was found guilty of crimes against humanity in 2010.

The prison he oversaw in Phnom Penh still stands as a memorial to the crimes committed there.