Chicagoans With Criminal Records Get New Housing Protections In 2020 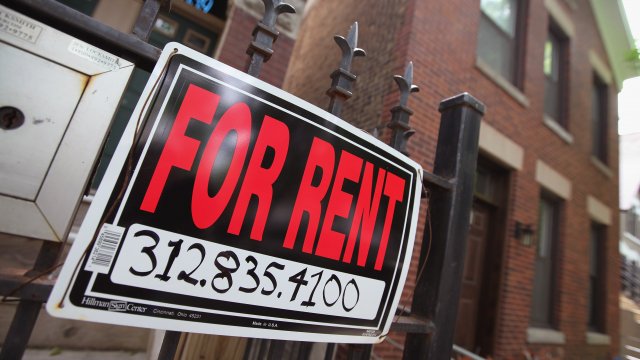 SMS
Chicagoans With Criminal Records Get New Housing Protections In 2020
By Jamal Andress
By Jamal Andress
December 31, 2019
Housing providers in Chicago can no longer deny someone housing based on previous arrests, juvenile records or convictions more than three years old.
SHOW TRANSCRIPT

As the new year begins, housing providers in Chicago and its surrounding areas can no longer deny someone housing based on previous arrests, juvenile records or convictions more than three years old.

TRAN-LEUNG: "Every person and their family, even if they have a record, has an opportunity to show that they can be good tenants. ... We really can't expect people to come back to their communities and support their families, whether it be young children or elderly parents, and start over if they don't have stable housing. It's an unrealistic idea that we have of people."

According to the Sentencing Project, nearly 1 in 3 Americans has a criminal record, but that doesn't necessarily mean they've been convicted of a crime. It could simply mean they've been arrested. The FBI considers considers anyone who has been arrested on a felony charge to have a criminal record — another reason fair housing advocates say this type of legislation necessary.

According to Tran-Leung, housing discrimination based on criminal records disproportionately impacts minorities. For example, Black adults are six times more likely to be incarcerated than white adults and, if pulled over, are twice as likely to be arrested.

TRAN-LEUNG: "Landlords could be in violation of the Fair Housing Act if they're using these types of records to deny people because they have a disproportionate impact on protected classes."

Tran-Leung says the new law may not bring change immediately because housing discrimination is so widespread. A 2015 survey of formerly incarcerated individuals found 79% were either ineligible for or denied housing because of their own or a loved one's conviction history.

TRAN-LEUNG: "Things aren't necessarily going to change overnight. But I think this is something that we steadily work on as a coalition to make sure that housing providers understand what their obligations are. … It's really about getting into the community and making sure people understand what their rights are."

Outside of Chicago, the entire state of Illinois is also enacting similar legislation that makes it a civil rights violation to deny someone housing based on their arrest records. But that state law doesn't go quite as far as its local counterpart because it doesn't protect people with convictions that are more than three years old.