What Happens When Newspapers Leave Their Iconic Buildings? 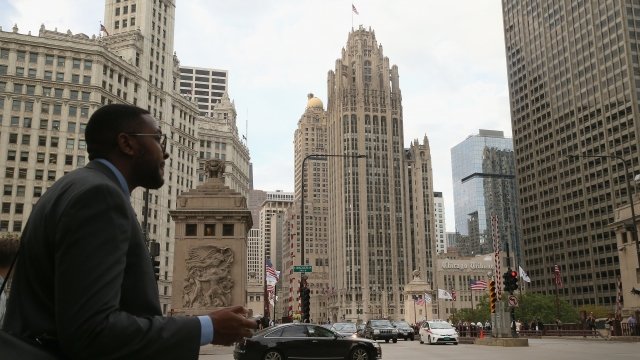 SMS
What Happens When Newspapers Leave Their Iconic Buildings?
By Cat Sandoval
By Cat Sandoval
February 9, 2018
In mid-2018, the Chicago Tribune will be yet another newspaper to leave its landmark skyscraper. What does this mean for the public?
SHOW TRANSCRIPT

Blair Kamin, the architecture critic at the Chicago Tribune, has reported on the trend of newspapers leaving their landmark homes — and his newspaper will soon be one of them.

"No other American newspaper is as closely associated to the building it is in than the Chicago Tribune," Kamin said. "The building really suggests the importance of newspapers — that they have this mission to serve as a check on the government and to hold the powerful accountable."

There are 150 historically significant fragments from around world that surround the base of Tribune Tower. They include artifacts from all 50 states.

"You could also see there's pieces over here of Cathedral in Austria, Roman Ruins, the Great Wall, the Taj Mahal, the Alamo. ..." Kamin said. "It suggested the global reach of the Tribune's correspondence; it also suggested the aspiration of the newspaper. In other words, if you're going to put a fragment of a famous building like the Taj Mahal in the base of your skyscraper, you're essentially saying that you hope that our skyscraper will match the Taj Mahal or comparable buildings in beauty and historical importance." 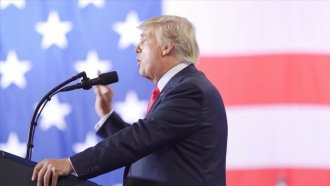 Tribune Tower was built in 1925 specifically for the newspaper. In mid-2018, the staff will move out of the building, which will be transformed into apartments. Because it is a landmark building, most of its exterior, including fragments from around the world, will be preserved. But what does it mean for the public when newspapers leave their landmark buildings?

"Without these architecture symbols, it's harder, I think, for the news organizations to communicate their importance in the public mind," Kamin said.

Inside the 36-floor tower is a grand lobby filled with inscriptions. There are quotes about the importance of the free press and the significance of newspapers as a watchdog for the public. Once upon a time, traditional newspaper buildings were visual symbols of influence and authority — even movies reflected this.

But the newspaper business is not as profitable as it was in the past. The migration of readers and advertisers to the internet and newspapers' outdated economic model has forced some paper companies to sell their buildings for prime real estate value. From coast to coast, newspaper companies have moved out of their stately buildings — companies like the Washington Post, the New York Daily News and the Miami Herald. There is talk the Los Angeles Times may follow suit. 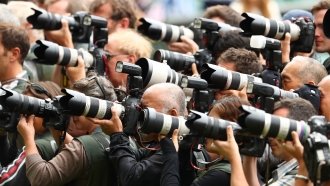 "We can do great journalism in another building, but it won't be as easy to remind people of the importance of our mission when we are the tenants of a building rather than owners of our specially designed building," he said.

Kamin insists that this move doesn't signify an end to the newspaper industry, but a transition.