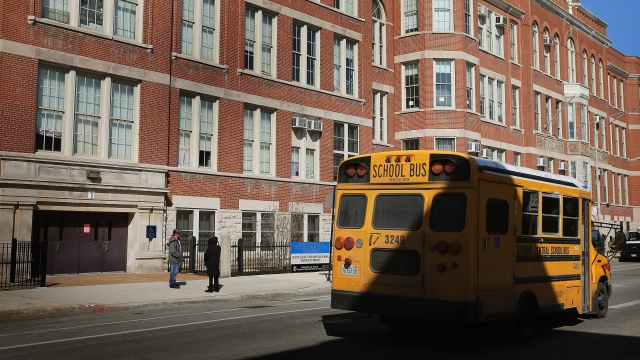 The Chicago Teachers Union said more than 30,000 Chicago Public Schools teachers, school staff and park district workers will go on strike on Oct. 17 if contract deals aren't reached by then.

The CTU made the announcement after more than 90% of its members voted to authorize a strike. The union represents more than 25,000 educators.

According to CTU's website, the union "is fighting for quality pay and benefits, full staffing in [their] schools, smaller class sizes and justice for students and families."

One second-grade teacher said she had 40 students in her classroom last year.

In a statement, the union said its members "have had enough." It said the district receives more than $1 billion a year in new public funds but "has refused to use those new funds to alleviate dire conditions in the schools."

The union last staged a strike in 2012, for the first time in 25 years. The strike lasted seven school days before the union and schools reached a new contract deal.

WGN reports the school district's offer includes a 16% raise for teachers over a five-year contract. It's also announced plans to hire 200 social workers and 250 nurses over five years.

If there is a strike, CPS officials said school buildings will remain open during their normal hours for students who need "a safe place to go," but after-school programs and activities will be canceled.