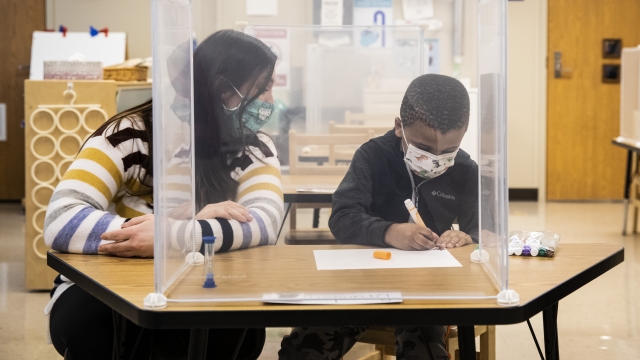 The third-largest school district in the U.S. pushed back its plan for thousands of teachers to return to the classroom Monday after the Chicago Teachers Union voted to defy its reopening orders.

Chicago Public Schools wants to get kids back into the physical classroom, for months it's been saying that students' grades and attendance have been slipping under remote learning, particularly among Black and Hispanic students.

So, it's planning to reopen school doors to roughly 71,000 kindergarten through 8th grade students on February 1.

And it originally wanted to give teachers responsible for those grades a week to get settled in. But the teacher's union wants a slower more phased-in approach to reopening.

Under the state of Illinois's vaccination plan, teachers are eligible to start receiving the vaccine today and they can do so through their local health provider. But the Chicago school district expects to receive its own supply of the vaccine for its staff in mid-February. So, it could be months before all educators are vaccinated.

Both sides are negotiating to come to an agreement. But in the past, CPS has tried to force teachers' hands by threatening to dock pay if they don't show up to teach in-person as well as cut off their access to the school's computer system so they can't teach those students virtually either.