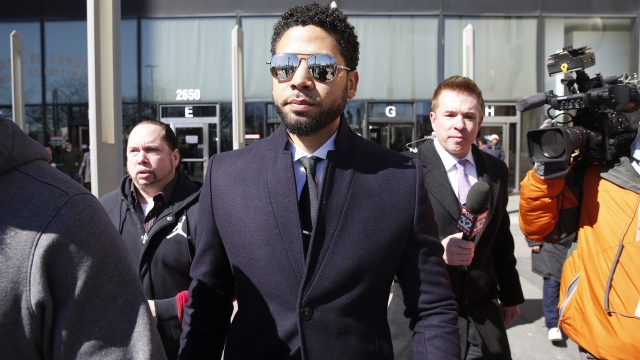 The City of Chicago filed a lawsuit against actor Jussie Smollett on Thursday, less than one week after he missed a deadline to pay roughly $130,000 to the city.

Now, citing municipal code, the city is asking for three times the original amount, plus "further relief" to be decided by the court. If the city wins, Smollett's bank accounts could freeze and his wages might be seized, according to The Associated Press.

Chicago requested the money to cover over 1,800 overtime hours for the police investigation into what the "Empire" actor said was a hate crime. Officials say the incident was staged.

One of Smollett's lawyers said last week the actor "will not be intimidated into paying the demanded sum." In an earlier statement, his legal team said both the mayor and the city's police chief owe Smollett an apology "for dragging an innocent man's character through the mud."