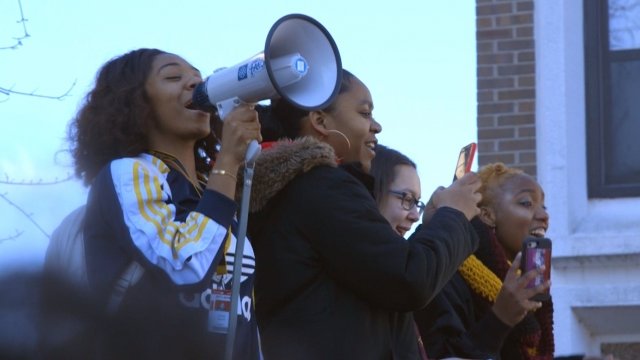 Thousands of students nationwide walked out of their classrooms to protest gun violence Wednesday morning. The demonstrations took place one month after the attack at Marjory Stoneman Douglas High School in Parkland, Florida, that left 17 people dead.

While many students across the nation called for stricter gun laws, some high school students in Chicago localized their focus by calling for an end to gun violence in their surrounding neighborhoods.

"This is more than just a school shooting that happened in Florida," said Amaris Buford, a senior at Kenwood Academy. "This is happening across the street from us. ... Guns are here. We need to talk about it here before we address the problem somewhere else."

We spoke to Buford and other seniors from Kenwood Academy, located in Chicago's South Side, about their personal connections to gun violence.