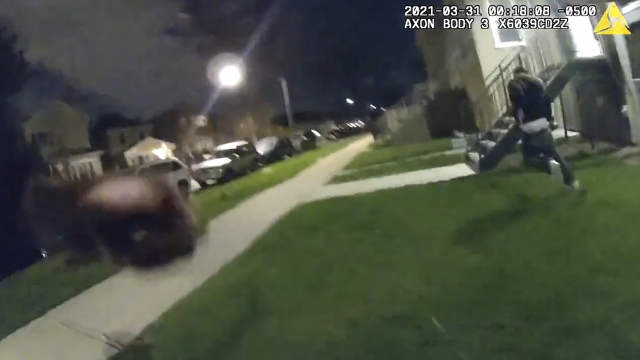 Anthony Alvarez was shot and killed by police on March 31 during a foot chase in which he was armed with a gun.

Anthony Alvarez was shot and killed last month while running away from police. The video may be difficult to watch.

We froze the video right before five shots are fired. Alvarez falls to the ground and says, "why are you shooting me" and the officer responds saying "you had a gun."

A firearm was found at the scene but it's unclear in the shaky video if Alvarez was holding a gun at the time he was shot or if he was pointing it toward officers.

Chicago's Civilian Office of Police Accountability says the officer who killed Alvarez should be relieved of police powers during the investigation.