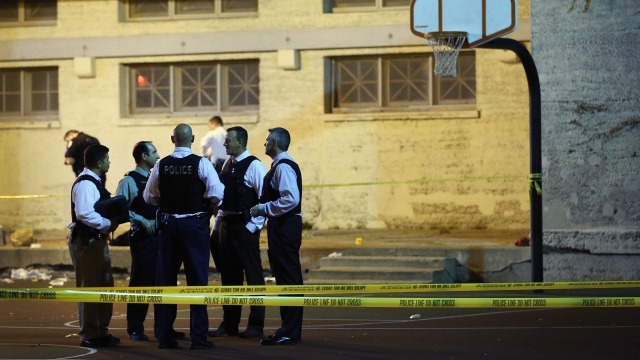 The Chicago Police Department has released videos of more than 100 incidents involving violence and police officers.

The videos include officer-involved shootings, situations where the use of a stun gun caused great bodily harm and incidents when a person was injured in police custody.

The videos come from all kinds of sources, including police dash cams, security cameras and cellphone footage. Many of the videos don't appear to show the full incident, lack audio or are blurry, but several show shootings and other violent interactions with police.

The portal is part of a policy set up by Chicago Mayor Rahm Emanuel earlier this year. It requires specific reports — plus video and audio related to police shootings — to be released within 60 days of the incident.

That policy came after intense protests over the 2014 shooting of Laquan McDonald, an unarmed black teenager. Video released a year after his death showed McDonald being shot more than a dozen times.

One law enforcement expert sees Chicago's video portal as a sign of changing times. He told The Washington Post, "This is what a city feels it needs to do to help restore its credibility. And it says a lot about the importance of transparency."

Meanwhile, Chicago is facing a quickly climbing murder rate. The number of killings this year across the city through May is up almost 50 percent from the same period last year.

This video includes clips from The Independent Police Review Authority and Office of the Chicago Mayor and an image from Getty Images.