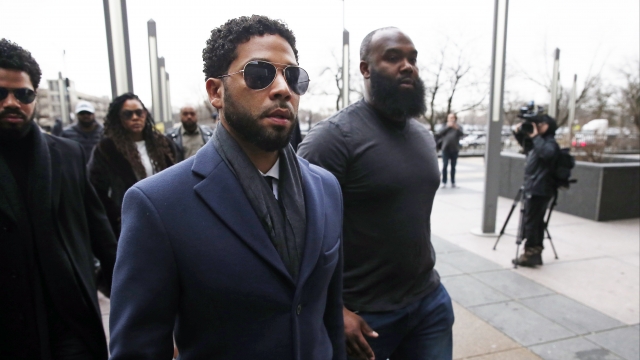 The news that all charges filed against actor Jussie Smollett have been dropped came as a surprise to many — including Chicago's mayor and police department.

Smollett's attorneys announced Tuesday that all 16 felony counts filed against him had been dropped.

Back in January, Smollett told police he'd been the victim of a racist and homophobic attack near downtown Chicago. Authorities investigated the reported attack as a potential hate crime before alleging it was orchestrated by Smollett and charging him with disorderly conduct.

In a press conference, Chicago Police Superintendent Eddie Johnson stood by the department's investigation and expressed his disappointment in prosecutors' decision to drop the charges.

Chicago Mayor Rahm Emanuel expressed similar sentiments and reiterated that a grand jury indicted Smollett on "only a piece of the evidence that the police had collected in that period."

In a statement, Smollett's attorneys said the actor "was a victim who was vilified and made to appear as a perpetrator as a result of false and inappropriate remarks made to the public causing an inappropriate rush to judgment."

A spokeswoman for the Cook County State's Attorney said the decision to drop the charges against Smollett was an "appropriate resolution to his case." She also said Smollett agreed to forfeit his $10,000 bond to the city of Chicago.

But Mayor Emanuel disagreed and said the $10,000 "doesn't even come close to what the city spent on resources."

"He did this all in the name of self-promotion, and he used the laws of the hate crime legislation that all of us collectively over years have put on the books to stand up — to be the values that embody what we believe in. This is a whitewash of justice. [...] Where is the accountability in the system? You cannot have, because of a person's position, one set of rules apply to them and another set of rules apply to everybody else," Emanuel said.