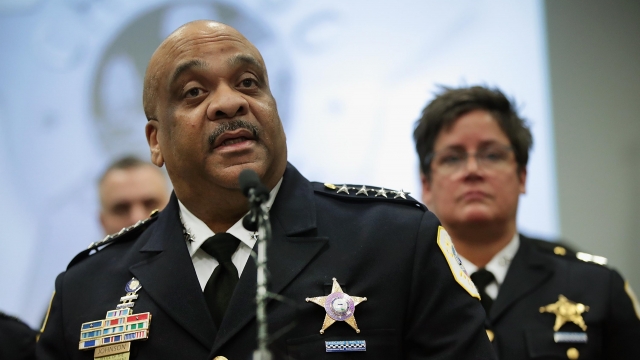 "It has become clear that Mr. Johnson engaged in a series of actions that are intolerable for any leader in a position of trust, particularly the head of the Chicago Police Department," Lightfoot said.

The mayor did not discuss specific allegations, but said her decision stems from Johnson's actions in mid-October. The former top cop was found asleep behind the wheel of his parked car. He said he had a few drinks with dinner, but pulled over during his drive home because he felt lightheaded.

Mayor Lightfoot said Johnson lied to her several times and lied to the public in a press conference.

"He was not caught off guard and he had plenty of time to choose his words. And the choice he made was to communicate a narrative complete with false statements all seemingly intended to hide the true nature of his conduct the night before," Lightfoot said.

Johnson had previously announced plans to retire at the end of the year. Former Los Angeles Police Chief Charlie Beck will serve as interim leader while the city searches for a new police superintendent.