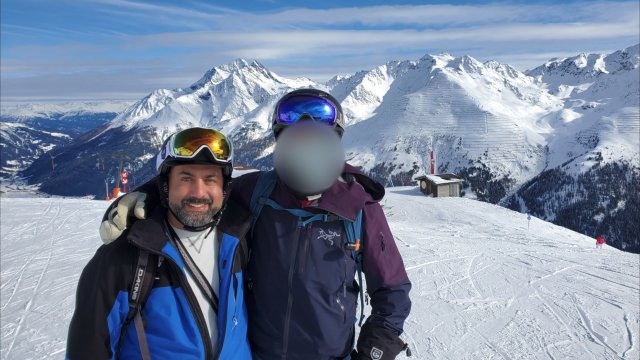 Chicago’s streets and popular tourist destinations are eerily quiet. Residents are under a stay-at-home order as the state reported Sunday just over 4,500 confirmed cases of the coronavirus.

Todd Favakeh is one of those cases.

“I was on a ski trip with some friends to Austria. Came back March 9 and was feeling pretty bad, and the other guys in the group were also feeling pretty rough,” Favakeh said.

The group of friends later received an email from a person they’d hung out with in Austria who confirmed he had tested positive for the coronavirus.

“That’s when the wheels started turning and within an hour I was at an urgent care clinic and got the test," Favakeh said. "Got a call back from my primary care health provider saying that I was positive, and then a couple of hours later heard back from the Chicago Health Department as well on kind of instructions of what I should be doing.”

Those instructions included self-isolating at home, which he’s done since March 10. It wasn’t a tough transition for Favakeh. “My job is already one that’s a remote job,” he said.

He said he was instructed to self-isolate for 14 days. If he was symptom-free after 72 hours he could loosen up on the guidelines, which Favakeh thinks should not happen unless a patient is retested. “You know, I think it’s kind of crazy to allow people like me or some of my friends back out in the public and maybe we’re still carriers, and maybe we can still pass this on,” he said.

Especially with no vaccine available. “This virus is not very forgiving, and just when you think you’ve kind of turned the corner, it comes back,” he said. “I start having some coughing fits and congestion.”

Favakeh has only relied on over-the-counter medicines to ease his symptoms. “Lot of cough drops, lot of cough syrup and cough suppressant pills,” Favakeh said.

It’s an issue he hopes he can help fix for other patients. “I’ve already been approached to donate some plasma once I’m healthy so that I can help with a cure possibly going forward, and I’m more than happy to do whatever I can to help out.”

And he’s got a strong motivation to see that goal through. “I’ve got four kids. I’m fighting this thing, and plan to get healthy again.”