Chicago Judge Will Soon Decide If Shooting Video Is Released 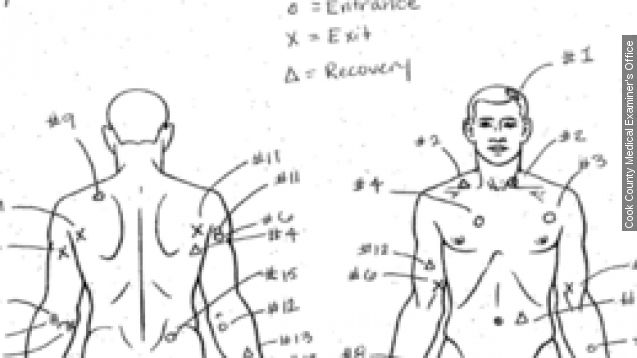 SMS
Chicago Judge Will Soon Decide If Shooting Video Is Released
By Kate Grumke
By Kate Grumke
November 16, 2015
Those who have seen the dashcam video have described it as extremely graphic and said it shows an execution-style killing.
SHOW TRANSCRIPT

A judge in Chicago is expected to decide soon if the court will release a graphic dashcam video of the shooting death of Laquan McDonald.

Those who have seen the video say it depicts an execution-like killing and argue it could lead to unrest in the city, similar to ongoing protests in cities like Baltimore, where Freddie Gray died in police custody in April.

An attorney for the McDonald family told Time, "What's on that video is so much more graphic than what we saw from Baltimore or South Charleston."

There is a federal investigation into the shooting, and the City Council reached a settlement with the McDonald family for $5 million.