Chicago Has Already Seen More Than 2,000 Shootings This Year 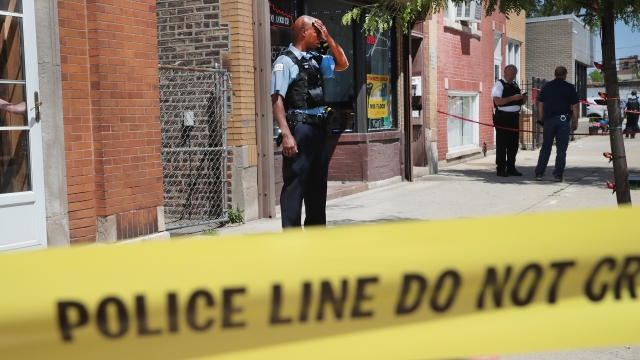 SMS
Chicago Has Already Seen More Than 2,000 Shootings This Year
By Ben Lawson
By Ben Lawson
July 6, 2016
Chicago is on pace to have far more shootings this year than last year.
SHOW TRANSCRIPT

Last year, nearly 3,000 people were shot in Chicago, and so far every month in 2016 has seen more violence than in 2015, according to data from The Chicago Tribune.

"We're making progress. It's not success yet, but these are just ... this goes a long way to letting everybody know that we are focusing on the right individuals," said Interim Police Superintendent Eddie Johnson.

Chicago deployed thousands of extra officers on overtime to patrol the city over the holiday weekend. Police also arrested 88 people on narcotics and weapons charges Friday in hopes of getting ahead of the violence.

This uptick in violence comes as Chicago police are reportedly being less aggressive in pursuing criminals due to the so-called "Laquan McDonald effect."

Video showed a Chicago police officer shooting 17-year-old McDonald 16 times. Police say McDonald had a knife. The officer who shot him was eventually charged with murder.

The previous interim superintendent said officers have slowed down on the job to avoid being the next "viral video" and facing repercussions.

Moving forward, Mayor Rahm Emanuel has said that keeping repeat gun offenders off the streets could help stop the problem. He's made repeated calls for longer sentences for offenders with a history of gun violence.

This video includes clips from WFLD, WLS-TV, WBBM, WGN-TV and Office of the Chicago Mayor, and images from Getty Images.