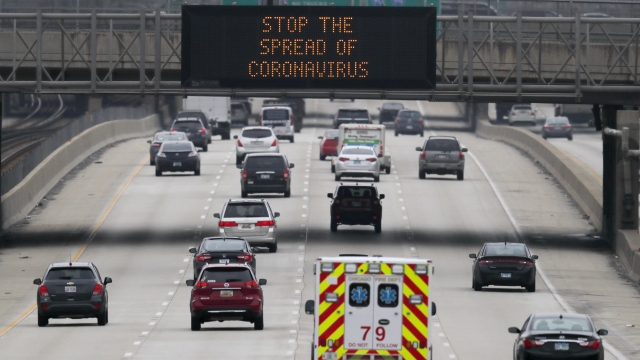 SMS
Chicago Mayor Orders Sick To Stay Home, Suspends Some City Practices
By Meg Hilling
By Meg Hilling
March 20, 2020
Other cities and states across the country are implementing similar measures to stem the spread of the coronavirus.
SHOW TRANSCRIPT

Government officials in Chicago are ordering anyone who is sick, beginning to feel sick or considered vulnerable to the coronavirus to remain at home.

Mayor Lori Lightfoot says the order is part of a series of measures the city is taking to slow the coronavirus outbreak. Chicago extended the closure of public schools through April 20, and it created a fund offering $100 million in low-interest loans to severely impacted small businesses in the city.

In addition, Lightfoot says the city is suspending a variety of debt collecting, ticketing and impound practices until April 30.

The Chicago measures follow similar actions by cities and states across the country. On Thursday, California issued the strictest prevention measure by a state yet, with the governor asking the state's entire population, roughly 40 million residents, not to leave their homes unless it's absolutely essential.