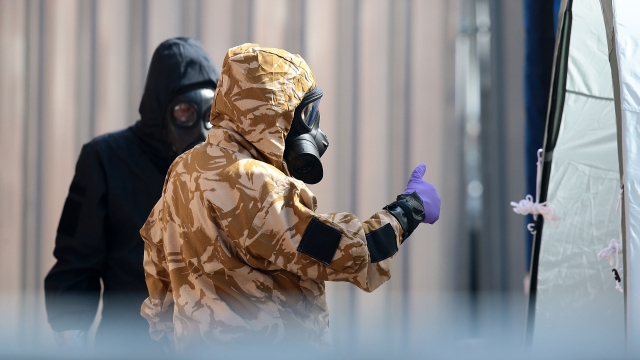 An international chemical weapons watchdog said Monday it would add the nerve agent used in last year's Salisbury, England, attack to its list of banned substances.

The Organization for the Prohibition of Chemical Weapons' executive council adopted a joint proposal by the U.S., Netherlands and Canada to ban Novichok, a powerful class of nerve agents the Soviet Union developed in the '80s. According to Reuters, this was the first time the organization amended its list of banned toxins since it was established by the Chemical Weapons Convention in 1997.

A former Russian spy and his daughter were poisoned with Novichok in an apparent assassination attempt in the U.K. last year. Prime Minister Theresa May and other world leaders have blamed Russia for the poisoning, and more than two dozen countries — including the U.S. — have expelled Russian diplomats in response. Russia has repeatedly denied any involvement.