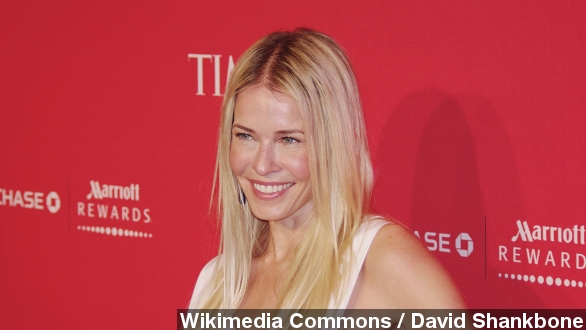 By Steven Sparkman
March 30, 2014
The late-night star's contract is set to expire this year, and her manager says she's ready to leave.
SHOW TRANSCRIPT

Could this be the end of 'Chelsea Lately'? E!'s late-night host, Chelsea Handler. is reportedly ready to move on when her contract expires this December, which would bring her eight-year run on the network to a close.

The Hollywood Reporter broke the story, with Handler's manager telling the magazine: "Chelsea intends to leave when her contract expires. She hired me to figure out her life after E! We have at least seven suitors and many ideas."

Most entertainment writers weren't surprised, noting Handler has been dropping hints about leaving for a while now.

While making the media rounds earlier this month to promote her book, Handler told USA Today that while she loves her job, "I don't know if I want to be talking about Justin Bieber when I'm 40."

Too subtle for you? Try this one.

"They don't know what they're doing, they have no ideas. Everything they do is just a failure. ... E!'s just become a sad, sad place to live. And that's where I live, and I might need to get a new house." (Via Sirius Satellite Radio / "The Howard Stern Show")

But Deadline Hollywood raises the possibility it all might be a ruse: "Theoretically, that could be posturing, which is part of any renegotiation where the stakes are this high."

However a Cinema Blend writer thinks Handler really is heading for the exit, saying: "Handler has found pretty major success in her late night slot, but in recent years her ratings have been slipping a little bit. At the same time, she has nabbed gigs on other television programs and in films. ... It makes sense that she might want to head away from E! and sign on for a new project."

Plus, are we the only ones who think she's looked kind of, well, bored lately? (Via E! / "Chelsea Lately")

So where will she end up? So far the only clues are that she's interested in radio or maybe a new talk show on a new network. Not much to go on.