Chelsea Manning Ordered Back To Jail After Refusing To Testify 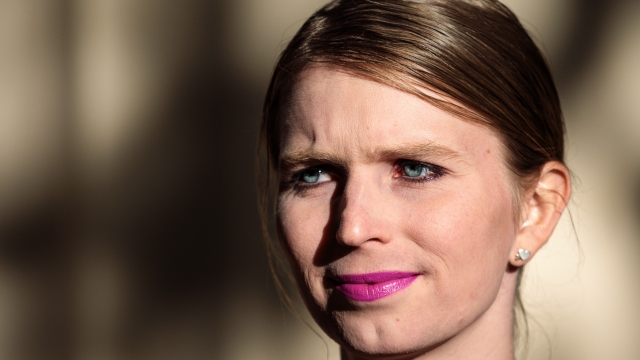 SMS
Chelsea Manning Ordered Back To Jail After Refusing To Testify
By Ahmed Jawadi
By Ahmed Jawadi
May 16, 2019
A U.S. district judge found Manning in civil contempt after she again refused to disclose more information on her interactions with WikiLeaks.
SHOW TRANSCRIPT

Just a week after she was released, a federal judge has ordered Chelsea Manning back to jail for refusing to testify before a grand jury.

Following a partially public hearing on Thursday, a U.S. district judge found Manning in civil contempt when she once again refused to disclose more information about her interactions with WikiLeaks and its founder, Julian Assange. Manning served two months for refusing to testify on the same matter starting back in March. She was freed on May 9 after that grand jury term expired, but she was served with a new subpoena just before her release.

Despite facing up to 18 months behind bars, Manning said, "The government cannot build a prison bad enough, cannot create a system worse than the idea that I would ever change my principles." She added that she'd "rather starve to death" than comply with the subpoena.

Manning previously served seven years of a 35-year sentence for leaking hundreds of thousands of classified government documents to WikiLeaks back in 2013.

As for Assange, he's currently serving a 50-week prison sentence in the U.K. for violating bail conditions.