Chelsea Manning Formally Asks To Be Released From Federal Prison 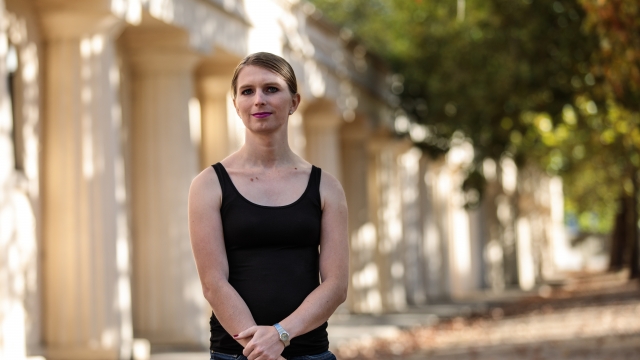 Chelsea Manning has formally requested to be released from federal prison. She's being held in civil contempt for refusing to testify before a grand jury.

In court documents filed Monday, Manning's attorneys said: "The only lawful purpose for her confinement is to coerce her to give testimony. Because her confinement is not serving and will never serve any coercive purpose, it has become punitive, and the Court must terminate the order of confinement."

In an affidavit, Manning said she refuses to cooperate with the grand jury. She said, "Doing so would mean throwing away all of my principles, accomplishments, sacrifices, and erase decades of my reputation."

She also argued her physical and mental health are at risk while being imprisoned. Manning said she needs post-operative care following sex reassignment surgery in October. She said without proper care, she could face permanent harm and "costly reparative surgery" when released.

Manning has been in jail since March 8 after she declined to answer questions before a secret grand jury. Two weeks ago a federal appeals court rejected her request to be released from jail on bail.

Manning previously served seven years of her 35-year sentence for leaking hundreds of thousands of classified government documents to WikiLeaks back in 2013.