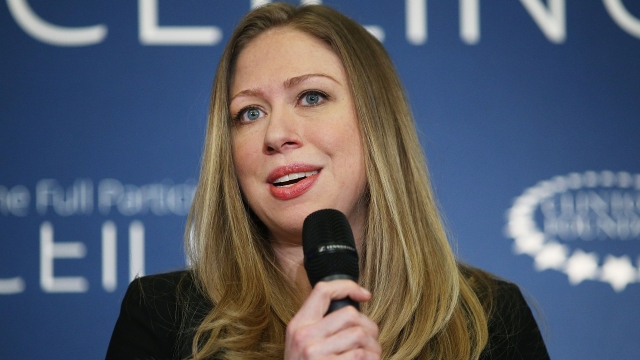 At a campaign event in Minnesota earlier this week, Chelsea Clinton made a slight mix-up. (Video via The Clinton Foundation)

Chelsea Clinton was in the Twin Cities Wednesday fundraising for her mother, Hillary Clinton, ahead of Minnesota's caucuses.

It was an honest slip, but it could also be a sign the Clinton campaign is feeling a little pressure. Bernie Sanders just narrowly lost to Hillary Clinton in Iowa's Democratic caucus. And a RealClearPolitics poll put Sanders up by almost 17 percent in New Hampshire ahead of the primary. (Video via Bernie 2016)

However, Hillary Clinton leads by roughly 20 percent in Nevada and 30 percent in South Carolina. Electoral events there follow New Hampshire's, and voters in those two states are considered more diverse, both racially and politically. (Video via Hillary for America)