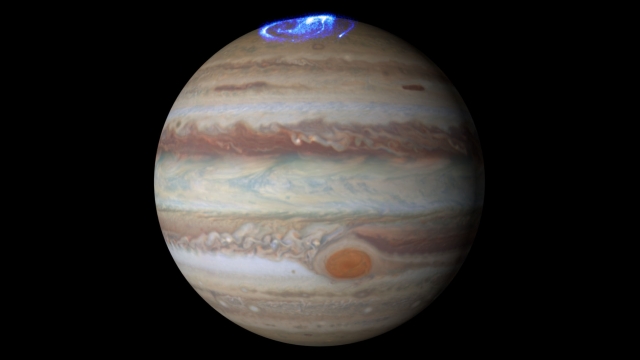 The telescope used far ultraviolet-light observations to capture the auroras and then placed the image on top of a full-color photograph of the planet.

They occur when high-energy particles enter the planet's atmosphere at its magnetic poles and collide with atoms of gas.

NASA is trying to determine how the auroras are affected by changing conditions in the solar wind, a stream of charged particles coming from the sun.

NASA's spacecraft Juno left for Jupiter in 2011 and is expected to enter the planet's orbit some time in early July.

Juno will measure changes in the solar wind, and the Hubble telescope will continue to observe the auroras to see how they are affected by the sun.