Who Is Chechen Warlord Ramzan Kadyrov? 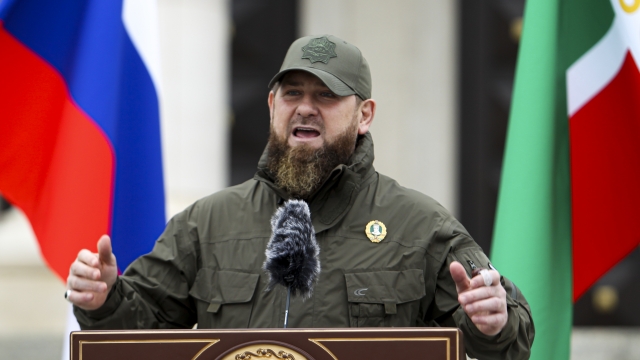 When Chechen warlord Ramzan Kadyrov recently said he was going to Ukraine, it made headlines and caused fears of brutality. But there's more than meets the eye.

"If Kadyrov did set foot in Ukraine, it would have been for an hour or so just to do an Instagram posting," Bellingcat Executive Director Christo Grozev. "Our colleagues from several Ukrainian and Russian media were able to actually conduct a ruse on him by sending him an article for his approval. And he clicked on that, and we were able to get his IP, his internet protocol location, which showed that he was in Russia and not in Ukraine."

The 45-year-old, self-described "foot soldier" for Vladimir Putin, known for the cruelty of his forces, is an avid poster on social media. In the Chechen capital of Grozny, Kadyrov has a video production team editing footage from Ukraine. Some propaganda videos imply his Kadir-oat-see are a force to be reckoned with, despite major losses and desertions. Kadyrov is banking on a reputation of savagery.

"The Kadyrov forces were sent there with the main goal of psychological terrorizing of the Ukrainian soldiers because they were seen as the most ruthless. They purposely created and nourished the image of being much more ruthless than Russian soldiers," Grozev said.

Other propaganda videos, which Kaydrov posted and Newsy has not confirmed, depict his fighters as humanitarians giving food to children near the besieged city of Mariupol. In reality, researchers say his fighters are killing them.

"We also received some photographs from these witnesses of mutilated and murdered civilians near the villages. Clearly, people who had happened to be just out and about in the fields when they came across these Kadyrov battalions," Grozev said. "We are afraid that we may not be seeing yet the same things happening in Mariupol, simply because Mariupol is cut off from communication."

Why does Kadyrov want his forces in Ukraine?

Harold Chambers is a North Caucasus Security Analyst. He says: "Ramzan Kadyrov supports the war for a myriad of reasons ranging from small domestic issues, such as attempting to procure more federal subsidies from Moscow upon which his republic relies, to his personal feud with President Zelenskyy. This feud started because Zelenskyy, on his TV show, aired a clip in 2014 of Ramzan crying. And for this, Ram Kadyrov has demanded that Zelenskyy apologize on multiple occasions."

The Kremlin installed Kadyrov in 2007, when he was 30. Putin played a paternalistic role with him, after Kadyrov's father was assassinated.

But analysts say if Putin is ousted or killed, Ramzan Kadyrov's days will be numbered. Russia's domestic security service despises him.

"Many of these figures dislike Ramzan and feel that he's been given too much autonomy within Chechnya and within Russia because he has clashed directly with these federal security services," Chambers said. "For this, many of them are waiting for Putin to be dead so that way they can go after Kadyrov."