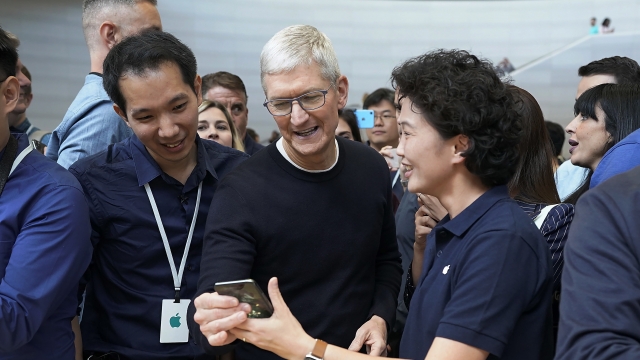 SMS
Cheaper Smartphones Have Spurred Huge Sales For Big Tech Companies
By Tyler Adkisson
By Tyler Adkisson
September 4, 2020
Apple and Google have made an effort to release more price-friendly smartphones by relying on cheaper hardware and less parts.
SHOW TRANSCRIPT

Labor Day weekend means Labor Day sales, and outside of the usual deals, many shoppers will find the most-popular smartphones are relatively cheap.

Take the iPhone 11. A new report shows it's been the best-selling smartphone in the first half of 2020, shipping 10.8 million more units than last year's top seller in the same period, the iPhone XR.

Part of that success is due to price cuts. When Apple announced the 11 last year, it made the rare decision to cut the phone's starting cost to $700 — about $50 cheaper than the launch price of XR. The 11 pro models still sell for about $1,000.

Google also worked to lower the cost of their Pixel models. One report claims that the new Pixel 5 will be about $650. And its Pixel 4a 5G model is even cheaper at $499.

To reduce costs of the 4a, Google reportedly designed it with fewer parts to reduce the need for extra labor or materials.