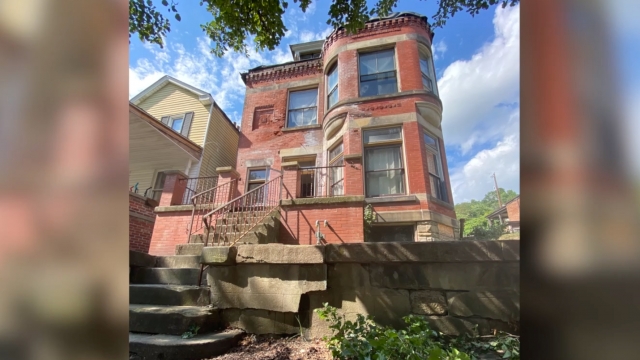 “In a place like Wheeling, you can have that dream home that would be several million dollars in your Chicago or New York suburbs,” said Betsy Sweeny, 27.

This spring, Betsy bought a 3,400 square foot home in Wheeling, WV, for $18,500. That’s not even a fifth of what homes typically go for in the state. She’s one of the many young buyers profiled on Cheap Old Houses, a website that now hosts one of the most popular Instagram accounts of the pandemic.

“With the pandemic going on, I’ve definitely seen an uptick in interest in houses in rural locations, houses that come with land,” said Elizabeth Finkelstein, co-founder of Cheap Old Homes.

Elizabeth and her husband, Ethan, started Cheap Old Houses in 2016. Since mid-March, she says the follower count on Instagram has increased by 20,000 to 25,000 users each week.

“People are feeling like they’re spinning their wheels trying to afford their rent that’s impossible for them to pay,” Finkelstein said.

Notably, millennials — who have a lower homeownership rate than previous generations — make up most of the site’s audience. So could the trend of buying old homes outside of major cities that tend to be job centers change that?

The houses listed are cheap, but always for a reason. Sometimes, that reason is it needs a lot of work. And that can mean expensive renovations, to the tune of hundreds of thousands of dollars. Financing these projects isn’t simple, either.

“My house was not going to appraise for anything that would allow me to take out a traditional mortgage,” Sweeny said.

Instead, she put cash down and took out a loan from a local lender to finance renovations for the house, which won't be in livable condition for an estimated six months. But Sweeny and others like her are part of a great reshuffling of how and where Americans live.

“That could definitely inject some capital but also some youth and some energy into parts of the country that may have been lacking in those areas,” Pendleton said.