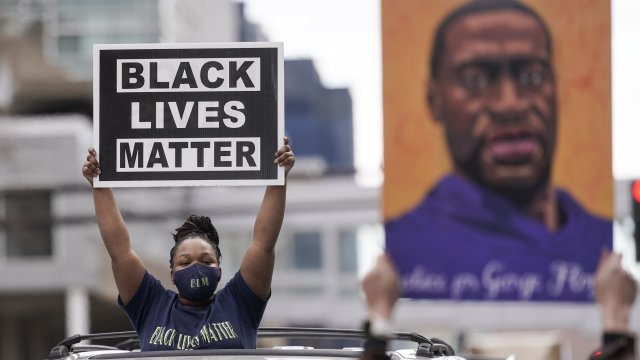 SMS
Chauvin Verdict Renews Focus On Federal Police Reform
By Alexandra Miller
By Alexandra Miller
April 21, 2021
A police reform bill has made it to the Senate, but some states and localities aren't waiting on federal lawmakers to change their policing standards.
SHOW TRANSCRIPT

A historic verdict is turning America's eyes to Washington. Stalled efforts for police reform may now be getting renewed attention in Congress.

The House sent the George Floyd Justice in Policing Act to the Senate for the second time in March. It included an end to chokeholds and no-knock warrants, and reformed qualified immunity doctrines giving certain legal protections to police. All of those have been a non-starter for most Republicans in the Senate.

States and localities, on the other hand, aren't waiting for Congress to act. Colorado, for example, just knocked out a bunch of these issues in a single bill. The Denver Police Department made changes itself after protests.

Lawmakers say while the verdict is an important step, it doesn't change the policies that have led to the deaths of so many. Legislation, they say, is necessary to right these wrongs.