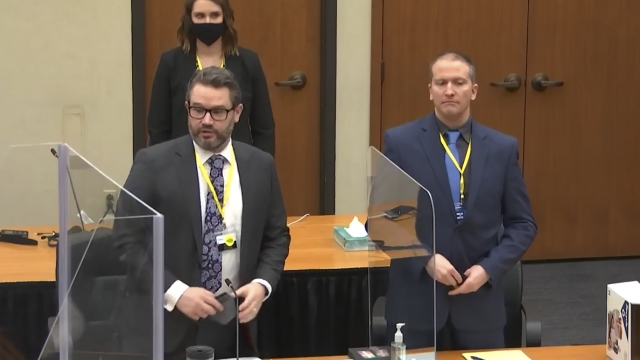 It is day seven of the trial of the former Minneapolis police officer Derek Chauvin.

First thing this morning: the defense asked Judge Peter Cahill to allow in prior drug use and interactions with police of George Floyd from May 2019 to be before this jury.

Defense Attorney Eric Nelson said, "The entire arrest in May of 2019. just over a year prior to a Mr Floyd's death is remarkably similar in multiple ways. Mr. Floyd again struggles to get out of a car he he appears to resist their efforts to handcuff him. And he starts saying some of the exact same things that he says in this particular case in the May 25 of 2020 incident, including calling out for his mama he claims to have been shot and he begins, you know, this crying kind of erratic behavior."

Ultimately, the judge took the matter under advisement, not making a ruling just yet on that piece of evidence.

So far today in jury selection, a handful of jurors have been dismissed for cause or struck by the defense.

No jury is seated as of yet. More are expected to come before the attorneys and the judge this afternoon.

But right now we have nine jurors, six men, three women, the goal is 12 with two alternates.