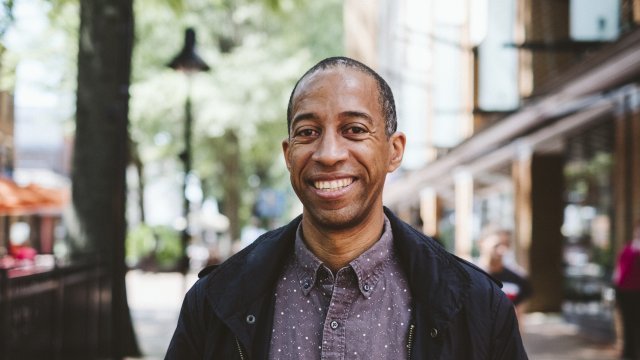 A Charlottesville man reflects on the now infamous events in his town. He fled his home because of fear for his own safety due to his race.

Garnette Cadogan has lived in some dangerous cities. But he says the rally in Charlottesville, Virginia, marked the first time he felt so unsafe in his home that he left.

"I thought it was best, given my complexion, given my country of origin," Cadogan said. "I'm not the kind of person they'd be a fan of."

Cadogan says he left his home for an entire week. He also said the violent rally the nation witnessed wasn't the town's first brush with hate this summer.

"Things shifted somewhat since May," Cadogan said. "It felt like every month there was some single event. In June, there was initiation for pro-boys, which is a white supremacist group. In July, there was a KKK protest, and then there was word of this event happening in August."

Jews in Charlottesville, Virginia, say they feared for their safety after Nazis rallied there. But the interfaith community comforted them.

Cadogan stayed in Charlottesville during those events. This time, he said it was different. He also said coming back feels different, too. For two decades, the Jamaican-American says people have looked past his accent and embraced him as one of their own. But over the last several months, he feels the conversation has shifted drastically.

Cadogan said: "To see behavior and hear rhetoric which is reinforcing a pernicious view that I don't belong because I'm not from here, it certainly stings with a special force." He says the American message is simple: "It's not America for you and your crew or you and your friends. It's the United States of America. It has to be a vision that entertains pluralism, that entertains people coexisting."

While he doesn't know how the fabric of the United States can be sewn back together, he's surely working to thread the needle.

"I don't have answers just yet. At the very least ... it involves listening," Cadogan said. "And at the very least it's coming to terms that we all have to share a space in this country."