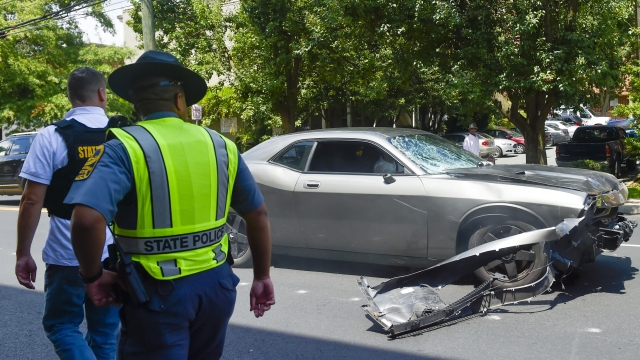 SMS
Charlottesville Car Attacker Pleads Guilty To Hate Crime Charges
By Ahmed Jawadi
By Ahmed Jawadi
March 27, 2019
​He originally pleaded not guilty to the more than two dozen federal hate crime charges, including the killing of a woman.
SHOW TRANSCRIPT

The man convicted in the murder of a woman during a far-right rally has pleaded guilty to federal hate crime charges.

James Alex Fields Jr. appeared in federal court for a change-of-plea hearing Wednesday. He originally pleaded not guilty to more than two dozen federal hate crime charges, including the killing of 32-year-old Heather Heyer. Fields drove his car into a crowd of people protesting a "Unite the Right" rally in Charlottesville, Virginia, in 2017, killing Heyer and injuring many others. According to the federal indictment, Fields held white supremacist ideals.

A jury in Virginia convicted Fields of first-degree murder late last year, along with multiple counts of aggravated malicious wounding and failing to stop at an accident involving death. Fields claimed he thought the crowd was attacking him and acted in self-defense. But footage presented in court reportedly showed Fields driving toward the crowd slowly before reversing and accelerating into it. The jury sentenced him to life in prison plus 419 years, and slapped him with $480,000 in fines. A state judge was supposed to formally sentence Fields this week, but the hearing has now been pushed back to July.

Because Fields pleaded guilty, federal prosecutors will dismiss the one count against him that carried the death penalty. His sentencing on the federal charges has also been set for July.