Driver Gets Life For Charlottesville Attack That Killed Heather Heyer 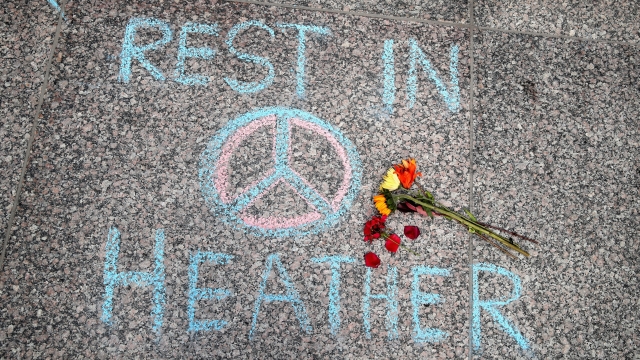 The man convicted in the murder of a woman during a far-right rally in Virginia has been sentenced to life in federal prison.

On Friday, a federal judge sentenced James Alex Fields Jr. on federal hate crime charges. In March, Fields pleaded guilty to 29 federal hate crime charges, including the killing of 32-year-old Heather Heyer. Fields drove his car into a crowd of people protesting a "Unite the Right" rally in Charlottesville, Virginia, in 2017, killing Heyer and injuring more than two dozen others. According to the federal indictment, Fields held white supremacist ideals.

In a sentencing memorandum filed Friday, Fields' lawyers asked for a shorter sentence, citing his young age, mental health problems, and traumatic childhood. But prosecutors argued his actions that day "outweigh any factors the defendant may argue from a basis for leniency." Heyer's mother also spoke during Fields’ sentencing hearing, saying, "I'd like to see him find meds to help his mind to heal. I don't know if Mr. Fields can ever be trusted in society. I hope he can heal someday and help others heal too."

Fields apologized prior to sentencing, saying, "Every day I think about my actions and how this could have gone differently. I'm sorry."

A state court in Virginia separately convicted Fields of first-degree murder late last year, along with multiple counts of aggravated malicious wounding and failing to stop at an accident involving death. That jury recommended he get life in prison plus 419 years, and slapped him with $480,000 in fines. Fields is due to be sentenced in the state case on July 15.