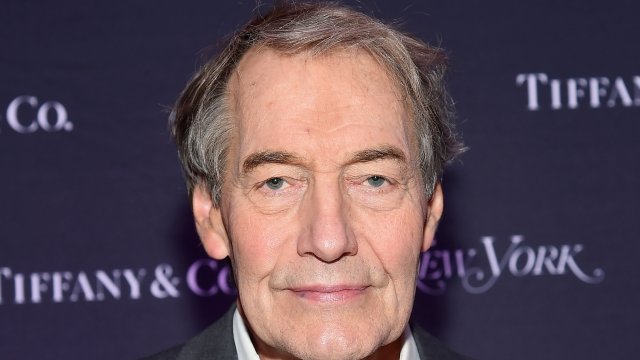 Eight women told The Washington Post that Rose had harassed or groped them.

Veteran TV host and journalist Charlie Rose has been suspended after eight women accused him of sexual harassment.

PBS, which airs the "Charlie Rose" show, and CBS, the network where Rose co-hosts "CBS This Morning," both announced they were suspending Rose on Monday. It follows a Washington Post article that said Rose made unwanted sexual advances toward eight women.

Advances reportedly included "lewd phone calls, walking around naked in their presence, or groping their breasts, buttocks or genital areas." The allegations span from the late '90s to 2011.

Minnesota Sen. Al Franken is facing allegations he groped a former constituent during a photo op in 2010.

Rose apologized in a statement where he said: "It is essential that these women know I hear them and that I deeply apologize for my inappropriate behavior. I am greatly embarrassed. I have behaved insensitively at times, and I accept responsibility for that, though I do not believe that all of these allegations are accurate."

Allegations against movie producer Harvey Weinstein seemed to open the floodgates in recent weeks to a wave of sexual misconduct claims against major figures in the entertainment and media industry, as well as politicians.

CBS News said in a statement it views the allegations against Rose as "extremely disturbing" and would "take them very seriously."