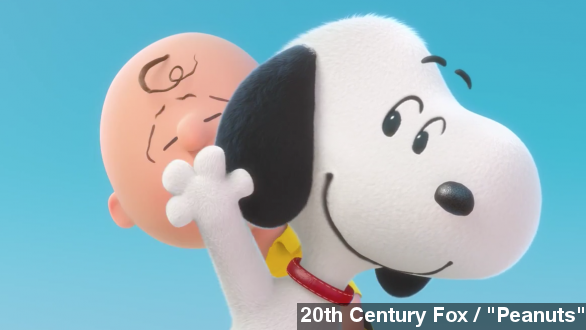 SMS
Charlie Brown, Snoopy Return In CG 'Peanuts' Trailer
By Amy Kluber
By Amy Kluber
March 18, 2014
After the debut of the "Peanuts" movie trailer, many wonder if the CGI treatment will veer too far from the original Peanuts comics.
SHOW TRANSCRIPT

Fans of Charles Schulz's beloved comic strip "Peanuts" have begged for a feature film for years. Well, it is finally coming to theaters — but in a completely new light — in 3-D and CGI.

The trailer, which debuted Tuesday, gives audiences a brief glimpse into just how the upcoming film will look. (Via 20th Century Fox / "Peanuts")

After creator Charles Schulz died in 2000, many have wondered if a possible film would stay true to its roots — especially if it veered from its 2-D form. (Via Lee Mendelson / "A Boy Named Charlie Brown")

As a writer for /Film says, "3D and CG still seem unnecessary," but "[Charlie Brown and Snoopy] are a bit rough around the edges in a pleasing way."

And the Los Angeles Times reports although older audiences might be shocked to see the minimalist, hand-drawn characters so digitalized, "school-age viewers are already so conditioned to seeing animation in CG."

With so many classic cartoons coming to theaters in an updated fashion nowadays, the 3-D and CGI treatment has put off some moviegoers.

But long-time Peanuts fans shouldn't worry too much — Schulz's son, Craig, and grandson are producing the upcoming film. Craig tells USA Today, "Snoopy will not be rapping, no one will be twerking, we're in good hands."

Plot details have not been released yet, but the film is slated to debut in November 2015 — the 65th anniversary of the comic's creation.