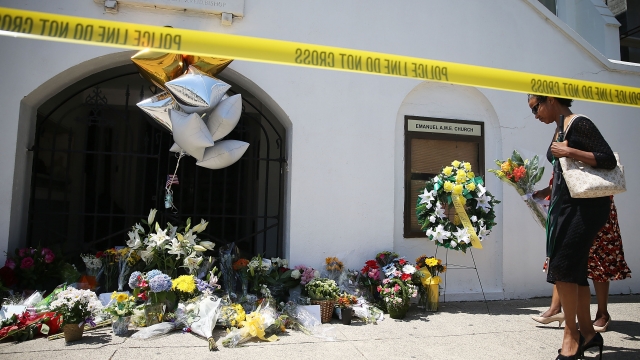 The lawyers representing a man who shot and killed nine people at a black church in South Carolina have appealed his conviction and death sentence. The 321-page appeal filed on Tuesday argues that the shooter is mentally ill.

In 2017, he was found guilty on 33 federal charges connected to the 2015 shooting at Emanuel AME Church in Charleston. He was the first person to be charged and sentenced to death under federal hate crime charges.

He represented himself in his capital trial. But now his lawyers argue the judge "clearly erred in finding [him] competent to stand trial and sentencing." They say that judge "violated his due process rights by holding inadequate competency hearings."

The filing describes the gunman, who was 22 at the time of his trial, as a "ninth-grade dropout diagnosed with schizophrenia-spectrum disorder, autism, anxiety, and depression, who believed his sentence didn't matter because white nationalists would free him from prison after an impending race war."

After he was arrested, the gunman said he had a "racial awakening" and confessed to planning the church shooting because of its majority-African American congregation. He told law enforcement "he decided somebody had to do something" and hoped he could "spur a 'movement' among white people to defend themselves."

On Tuesday, the gunman's lawyers said the "crime was tragic, but this Court can have no confidence in the jury's verdict" and that "additional errors tainted [his] sentencing." They are requesting that their client's conviction and death sentence be vacated.