City Of Charleston Officially Apologizes For Its Role In Slavery 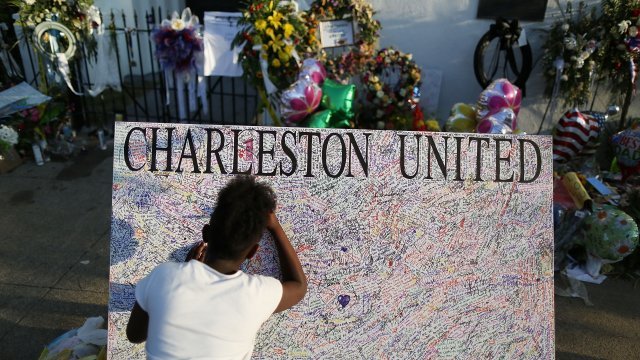 SMS
City Of Charleston Officially Apologizes For Its Role In Slavery
By Gabrielle Ware
By Gabrielle Ware
June 20, 2018
Charleston's City Council passed the resolution on Juneteenth, a day celebrating the abolition of slavery.
SHOW TRANSCRIPT

Charleston, South Carolina, a key port in the American slave trade, has officially apologized for its role in fostering slavery. About 40 percent of U.S. slaves came through Charleston.

The City Council voted 7-5 to condemn slavery Tuesday. The council's resolution said it was "recognizing, denouncing, and apologizing on behalf of the City of Charleston for the City's role in regulating, supporting and fostering slavery and the resulting atrocities inflicted by the institution of slavery."

The resolution passed Tuesday on "Juneteeth," a day celebrating the abolition of slavery. Speakers also noted racism and the vestiges of slavery are still present today — Charleston's own City Hall was built by slaves.

The formal apology comes just days after the third anniversary of the 2015 Charleston church shooting, where a white supremacist killed nine black parishioners during a bible study.