Charges Being Pressed Against 'Teen Mom' Star For TV Fight 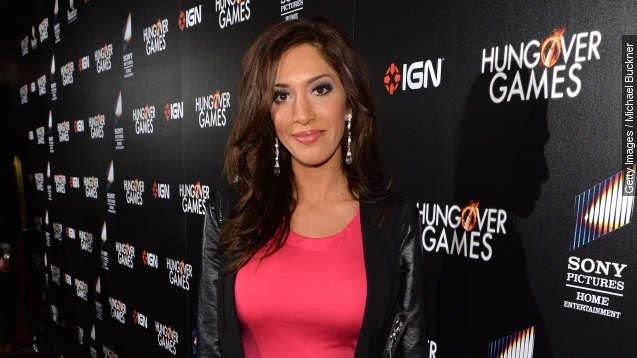 British actress Vicki Michelle is pressing charges against "Teen Mom" and adult film star Farrah Abraham after an incident during the show "Celebrity Big Brother's Bit On The Side."

In this spinoff of "Celebrity Big Brother UK," a panel of former contestants and celebrities discuss moments from the show. But on Tuesday, an altercation between Abraham and fellow panel member Aisleyne Horgan-Wallace caused the live show to cut out earlier than scheduled.

And then the show cut out. The Mirror reports a fight began between the panel members after Horgan-Wallace threw her champagne glass at Abraham.

Cameras actually caught Horgan-Wallace reaching for her glass before the show cut out.

Michelle was also a member of that panel and ended up going to the hospital as a result of injuries sustained during the fight.

Michelle's agent has since released a statement to BBC that said Michelle was pressing charges against Abraham. The statement says the "Teen Mom" star "struck the back of her head with great force with a glass" during the show.

Abraham hasn't released any sort of statement since the incident Tuesday, but the Hertfordshire Police has confirmed it's looking into what happened.