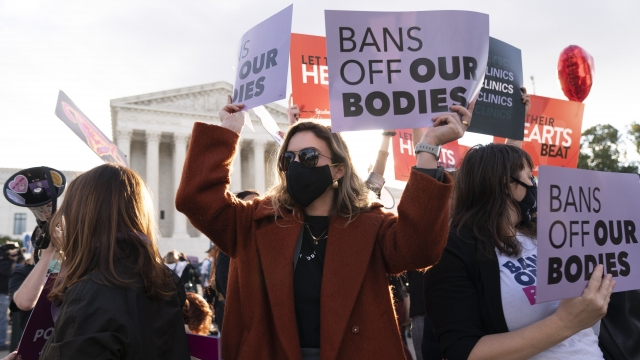 SMS
District Attorney Drops Murder Charges Against Lizelle Herrera
By Jamal Andress
By Jamal Andress
April 11, 2022
Herrera was arrested and charged with "intentionally and knowingly causing the death of an individual by a self-induced abortion."

Herrera was arrested last week in Starr County, Texas, along the Mexico border, and charged with "intentionally and knowingly causing the death of an individual by a self-induced abortion."

"In reviewing applicable Texas law, it is clear that Ms. Herrera cannot and should not be prosecuted. ... The issues surrounding this matter are clearly contentious, however based on Texas law and the facts presented, it is not a criminal matter."

Herrera was released Saturday from the Starr County jail after posting a $500,000 bond. It is not clear whether she had the procedure herself or helped someone else, but the sheriff's office said a local hospital had informed them of the abortion.

Back in September, Texas passed a controversial six-week abortion ban that allows any private citizen, in or out of state, to sue a medical provider or anyone involved in helping someone get an abortion if the procedure is carried out after a fetal heartbeat is detected.

But the law can only be enforced by civil litigation, not criminal charges.

Not only that, but Texas law specifically protects expectant mothers from being charged with murder for abortions.

The arrest and indictment spurred national attention and protests outside the Starr County Jail.

One of the organizers behind those protests, Nancy Cárdenas Peña from the National Latina Institute for Reproductive Justice, told Newsy: "Everyone deserves access to abortion care with full self-determination and dignity on their own terms … Pursuing criminal charges against people who have ended their own pregnancies serves no state purpose, but it causes great harm to young people, communities of color, and people with lower incomes who are most likely to be reported to law enforcement."

A Texas anti-abortion group also spoke out on the charges against Herrera.

Texas Right to Life said the state "clearly prohibits criminal charges for pregnant women" and the organization "opposes public prosecutors going outside of the bounds of Texas' law."

Anti-abortion legislation has been on the rise nationwide over the past year. Oklahoma passed a statewide abortion ban in early April.

In March, Idaho's governor signed a six-week abortion ban into law modeled after Texas' law. The legislation gives family members, rather than any private citizen, the ability to sue abortion providers up to four years after the procedure.

Much of this is in anticipation of a Supreme Court ruling on Mississippi's 15-week abortion ban, a ruling that could partially or completely get rid of Roe v. Wade protections for abortion providers.