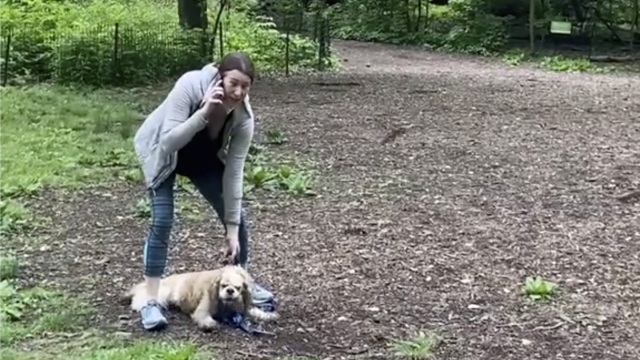 SMS
Charges Against Amy Cooper Dropped
By Newsy Staff
By Newsy Staff
February 17, 2021
In May 2020, she was charged with falsely reporting that a Black man, Christian Cooper, was attacking her in Central Park.
SHOW TRANSCRIPT

You might remember that incident from May of last year when Amy Cooper called the police on Christian Cooper.

She said he threatened her over her unleashed dog.

She was charged with falsely reporting an incident, but on Tuesday, the Manhattan District Attorney dropped the charges, saying she completed education and therapy classes on racial issues.

Christian Cooper said he wasn't interested in being involved in the case.

In a Washington Post op-ed last year, he wrote that focusing on just Amy Cooper was a mistake and that he wanted the incident to bring more attention to "long-standing" bias against people of color in the U.S.