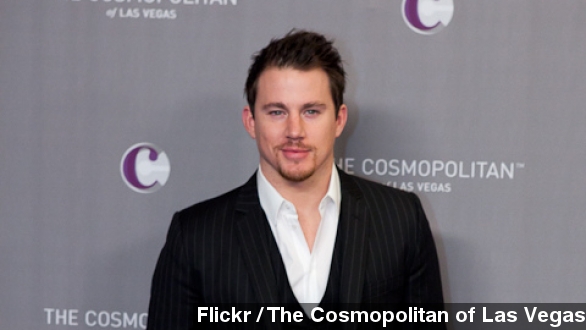 Series producer Lauren Shuler Donner broke the news that the 34-year-old actor will take on the role of Gambit in a future flick. She spoke to Total Film at the premiere of the franchise's latest entry, "Days of Future Past."

SHULER DONNER: "He's a rascal, just like Remy LeBeau. And he can handle the action; we all know that. And he's got a really good heart." (Via Total Film)

The casting scoop comes less than a year after Tatum told the same site this.

TATUM: "I would like to play Gambit. Gambit's my favorite because I'm from New Orleans." (Via Total Film)

Tatum confessed he was in talks for the role at April's MTV Movie Awards, where he shared his take on the character.

TATUM: "I don't know; I just related to him. He's just kind of a suave, he's the most un-X-Men X-Men that's ever been in 'X-Men,' other than like Wolverine. He's kind of an anti-hero. He's a thief."

E! notes Shuler Donner cited Tatum's familiarity with Cajun culture — and his apparent love of doing a Cajun accent — as another reason why he's perfect for role.

Variety reports the "Gambit" movie could be the first in a new round of standalone spinoffs along the lines of 2009's "X-Men Origins: Wolverine." "Friday Night Lights" star Taylor Kitsch played Remy LeBeau/Gambit in that film.

And Cinema Blend says this Channing Tatum news kind of sucks for Kitsch.

​"Kitsch only got a small amount of screen time, in a terrible terrible movie, but he stood out amongst the noise and clatter of that ridiculous film that has been mostly forgotten by producers. ... Kitsch should still be able to play him. And Kitsch isn't exactly the sort of major star that would turn down a role."

And like we've seen with other high-profile castings, reaction is mixed. Some fans are excited, others disappointed by the news. (Via Twitter)

But it might be awhile until we see Tatum as the raging Cajun card-slinging mutant. The LA Times points out he has a pretty full slate right now.

​The actor has the "21 Jump Street" sequel, a follow-up to "Magic Mike," dramas "Jupiter Ascending" and "Foxcatcher," and animated film "The Book of Life" all set to be released or filmed in the next year. (Via IMDb)