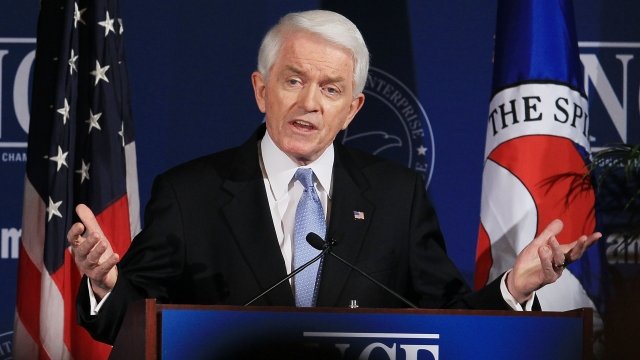 The Wall Street Journal says Donohue wrote, "A growing list of tariffs proposed or imposed by our government, as well as the continued uncertainty over the future of NAFTA, threatens to undermine the economic progress we have made."

He wrote leaving NAFTA would lead to a net loss of 1.8 million jobs.

Donohue's statement came the same day Trump said the U.S. would implement a 25 percent tariff on steel and a 10 percent tariff on aluminum on American allies Canada, Mexico and the European Union. Those allies had previously been given temporary tariff exemptions.

The Trump administration wants the tariffs to boost the U.S. steel and aluminum industries, but critics say they could make American products more expensive. And Mexico, Canada and the EU all promised retaliatory measures after Trump's announcement.