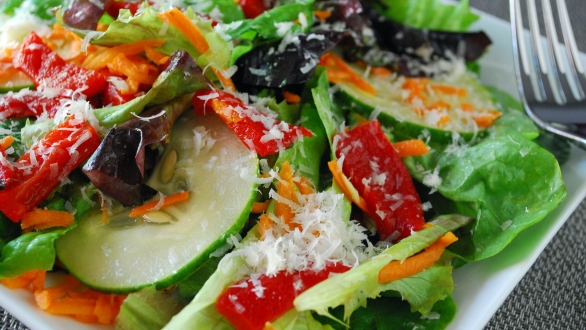 American chain restaurants have been cutting calories in their new menu options.

According to the study, Americans eat hundreds of excess calories every day, and this change in menu offerings could really make a difference.

Researcher Sara N. Bleich says, "If the average number of calories consumed at each visit was reduced by approximately 60 calories ... the impact on obesity could be significant."

It is important to note there was only a calorie drop on new items added to menus, and a lot of those new items were healthier options anyway, like salads.

The signature dishes have just as many calories as they've always had.

Researchers think this reduction in calories in the new dishes might be in anticipation of future federal regulations that will require restaurants to post the calories in each item on their menus.

The 2010 Affordable Care Act included provisions requiring chain restaurants of 20 or more locations to include nutrition information on their menus, and the the U.S. Food and Drug Administration says it will soon begin enforcing it.

The FDA has faced some criticism for taking so long to enforce the provisions. The agency says changes in the final regulations and difficulties deciding which restaurant chains are subject to the law caused the delays.