Chafee Drops Out Of Presidential Race 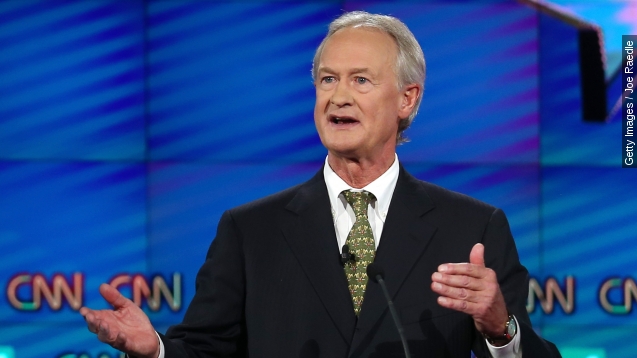 SMS
Chafee Drops Out Of Presidential Race
By Ben Lawson
By Ben Lawson
October 23, 2015
After a four month campaign, Lincoln Chafee has dropped his bid for the 2016 Democratic nomination.
SHOW TRANSCRIPT

Former Rhode Island Gov. Lincoln Chafee has dropped his bid for the Democratic nomination for president.

He made the announcement at the DNC's Women's Leadership Forum Friday. On his campaign site, he used the news to plug his Prosperity Through Peace platform one last time. (Video via CNN)

"After much thought I have decided to end my campaign for president today. I would like to take this opportunity one last time to advocate for a chance be given to peace," Chafee said.

Chafee spent much of his political career as a Republican. He was elected to the Senate as a Republican but was later elected Rhode Island's governor as an independent. (Video via C-SPAN)